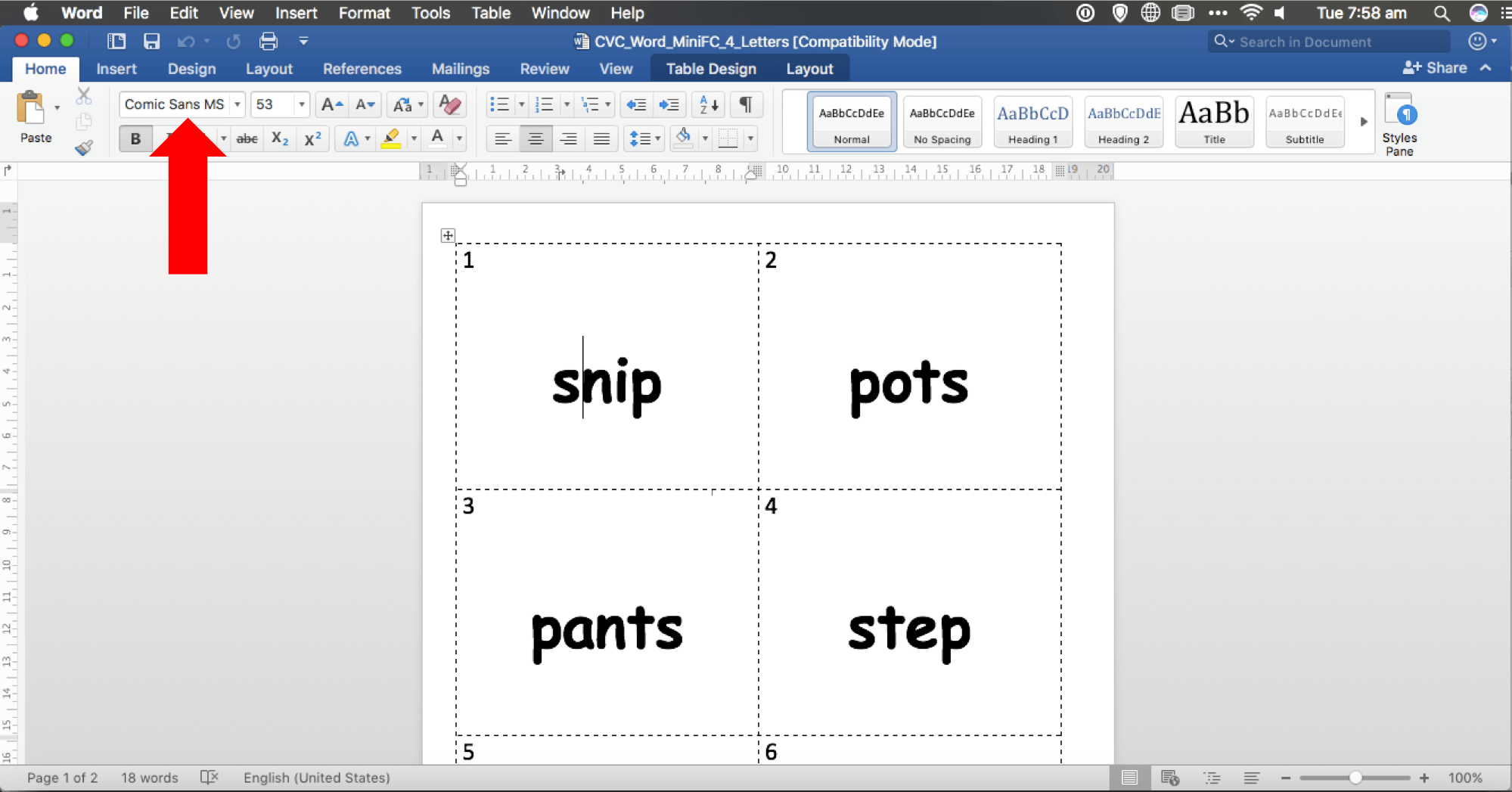 A free font that many teachers use when designing their alphabet letter flash cards is called Comic Sans MS.

I use this font in some PowerPoint presentations, as well as for producing letters or words on mini flash cards.

In particular, the ’s’ doesn’t form as well as I’d like. However, it is free, and is included by default in Microsoft Office applications. What that means, is that your documents will print exactly as they appear on the screen for any computer system that is running Microsoft Office. (If you use a special font that isn’t installed on the computer you’re printing from, the system will substitute the best font it can find as an approximation. In this case your documents won’t look the same as they did when you created them.)