Using portable projectors in the classroom 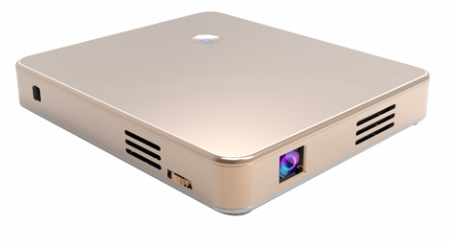 A few years ago, I bought a small portable projector for use in my public school kindergarten classrooms. I’d been eyeing portable projectors off for quite some time, however, priced at around $500, they’d always been out of my budget. When I found a good portable projector in the $200 price range, I decided to buy one. In this article, I want to talk about my experience with them.

My main use for the projector was to use it in resource-constrained classrooms, including my own. I wanted to have some of the features of an Interactive White Board (IWB) or monitor, but without the cost, or the need to have to source a television. Some of the kindergartens that I’ve worked in don’t have a TV or an IWB. In situations where they did have them, I could never be sure that I would be able to operate them or that my technology would connect with them.

Whilst traveling in Taiwan, I discovered a portable projector which was small, had good quality projection, was moderately priced ($220), and easy to operate, and so I bought it.

How it works is really simple. You either attach the device to your computer via an HDMI cable, or you can stream content via a Wi-Fi connection. It is also possible to stream content stored on a portable USB flash or hard drive that you can connect straight into the device. This means, for example, you can store music videos on a flash drive, and play them straight from the projector.

The portable projector is powered by an in-built battery that lasts for around 90 minutes without a charge. Optionally, you can connect it directly to a powered wall socket, or even a portable battery (of the kind that you might use to recharge your smartphone).

In terms of my experience using the projector, it has been mixed.

The visual aspect the projector provides definitely adds value to the classes. In my experience, children tend to enjoy songs more if they can see and perform the actions. Using different visual aids can also support learning. A projector allows you to use tools like PowerPoint, online whiteboards, or other online sources of content for your classes. Also, you can play videos, like story videos, for the children to enjoy.

And, using software on my iPad in conjunction with a TV or my projector, I’ve created a very effective makeshift IWB, at a fraction of the cost of a real one.

However, there are some shortcomings of using a portable projector in the classroom.

First, there are some risks involved. Understandably, some of the children who see the projector, want to play with it. Since it is still an expensive piece of technology, you have to be mindful of children touching it, tripping over cables, or interfering with the projection on the wall.

Another shortcoming of using a portable projector is the time it takes to set up and project content onto the wall. (And, you need a clean or empty space in the room to project your images.)  By contrast, once most IWB’s are turned on, they’re easy to operate by touch gestures.

Similarly, you have to give more thought before the class as to what potential problems you might encounter by using this technology. In some situations, you might have challenges such as finding a convenient power source, or somewhere safe to sit the projector, along with a white space on the wall on which to project. Other problems can occur, like not having Wi-Fi access.

Also, at the time I bought it, I was teaching back-to-back 30 minute classes in public kindergartens. Although I did use it on one occasion, so that we could enjoy watching the Hungry Caterpillar film together, I don’t think I would want to set it up and dismantle it four times over two hours.

Given all of that, do I regret buying it?

Overall, I think a portable projector adds value to the class in terms of the visual dimension it provides access to. A portable projector is much less expensive than an IWB, or buying a TV monitor, and in many situations the school may not provide these.

If you’re running your own classes, and don’t have access to that kind of technology, I think its something you should definitely consider. That said, I would prefer using it with regular classes, where the children can become familiar with the device, and the risks of them interfering with it are minimised. You have the added advantage that you can use the portable projector for your own uses. For example, you can use it as a monitor or portable ‘television’ that is really easy to travel with.

If you’re interested, the model of portable projector I bought in Taiwan was the Wondermax AP1. I’m told it’s the white-label version of the technology that some of the larger tech companies rebrand as their own. You can find similar products here at Amazon.com.