You don’t have to be a clown 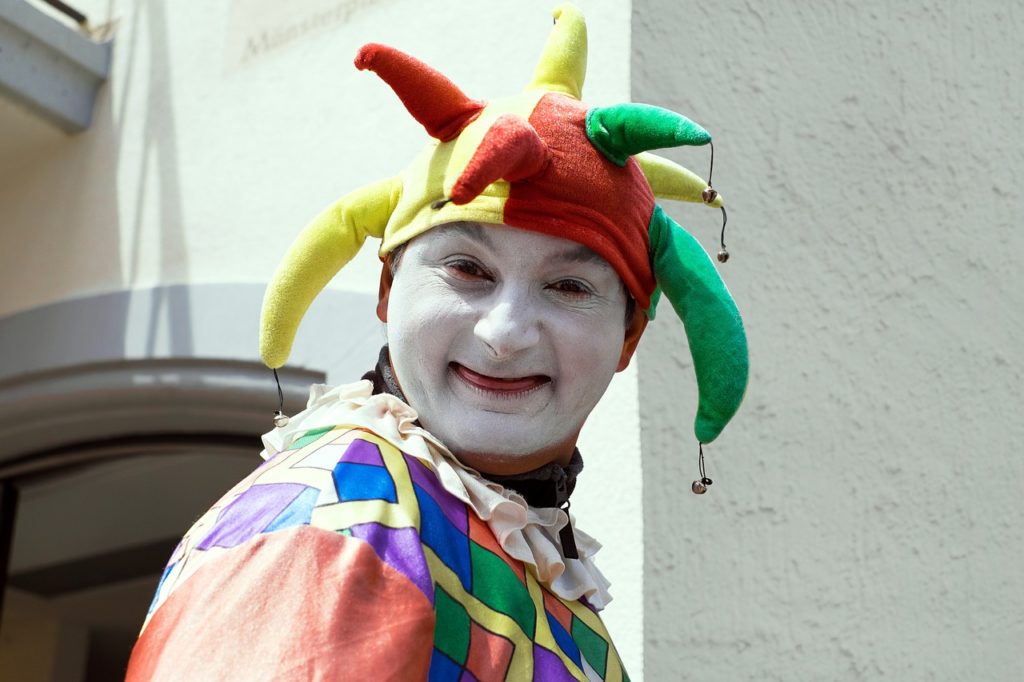 A while back, I watched a video on YouTube of a guy giving a kindergarten English demo class in China. The kids were loving his slapstick style of humor. Several of the commenters on his video though were saying they could never teach kids, because they’re not funny.

I remember having similar feelings when I started teaching.

I wondered if really young children would like me. I think this is common amongst beginning teachers of kindergarten English, particularly at kindergarten level. Its actually something that is often put in advertisements seeking to hire teachers (they’re looking for someone who is “funny and humorous”), and sometimes requested by schools who are looking to outsource their teaching.

However, rarely would a professional language school have this kind of requirement, because they know its not really important. Sure, children love humor, and it makes the class light and fun, but there are many great teachers who aren’t funny.

However, what’s more important to most organisations is that the children like and are comfortable you. In fact, that is one key think most people are looking for in any demo you do for them. In my context and experience (teaching in Vietnam), children generally tend to be quite accepting of the teachers. I’m expect there are other countries and contexts where this may not always be the case. There are certain styles of teaching children don’t like. For example, older children that are able to articulate their feelings, often say they don’t like certain teachers who use fear to control them. I expect that’s fairly common in either ESL or regular teaching. I can certainly remember the teachers at my school that used fear to control us.

All of that said, there are some companies hiring language teachers that think entertainment is important. Professional language schools though try to educate them as to what good teaching is, and is not.

I think the whole proposition becomes clearer when we reframe it: Would you like your children to be taught by clown?